The Main Hall was built in 1914 as the ‘Estate Hall’ for the Parkfield Estate when that area of the village was first developed Additional rooms to provide a caretaker’s flat were added to the rear of the hall in the 1930s. The Hall was then requisitioned by the Army for the duration of the Second World War and was returned in a poor condition. Necessary repairs were carried out in the late 1940s and ownership of the Hall was eventually transferred to the North Ferriby Parish Council in 1962, the ‘general management and control of the Trust premises and arrangement for their use’ having been vested in a Management Committee with specified duties and powers as Charity Trustee some ten years earlier.

Following the refurbishment of the late 1940s, no major repair work or alterations were carried out until 2009 when the rear section of the 1930s extension was modified to provide a replacement surgery for the village.

Following the completion of the surgery, a programme of improvements were carried out including:

and in the Main Hall itself:

Over recent years many of the external walls have been repaired and rerendered and the four garages have been refurbished. The Main Hall was redecorated and the wooden floor restored and the Priory Room wing of the building was modernised to provide a spacious function room that’s perfect for meetings, parties and other events.

When funds permit the next stage of improvements will include external repairs to the north walls of the Village Hall, improving the acoustics within the Priory Room and installing new stage lighting in the Main Hall.

The Doctor’s surgery was vacated in February 2022 and that space of 44 square meters is currently available for a new tenant.

Musicians Bossa Revista will be performing classic hits from the 1950’s to present day. Enjoy a trip down memory lane and boogie the night away. A light supper will be included and a wide range of alcoholic and soft drinks can be purchased at the bar.

On Thursday June 2nd the Beacon will be lit. From 7:30pm you are invited to call at the Village Hall for a free glass of Prosecco and nibbles.

Additional drinks and snacks can be purchased from the Bar and Kitchen.

Why not watch our promotional video? 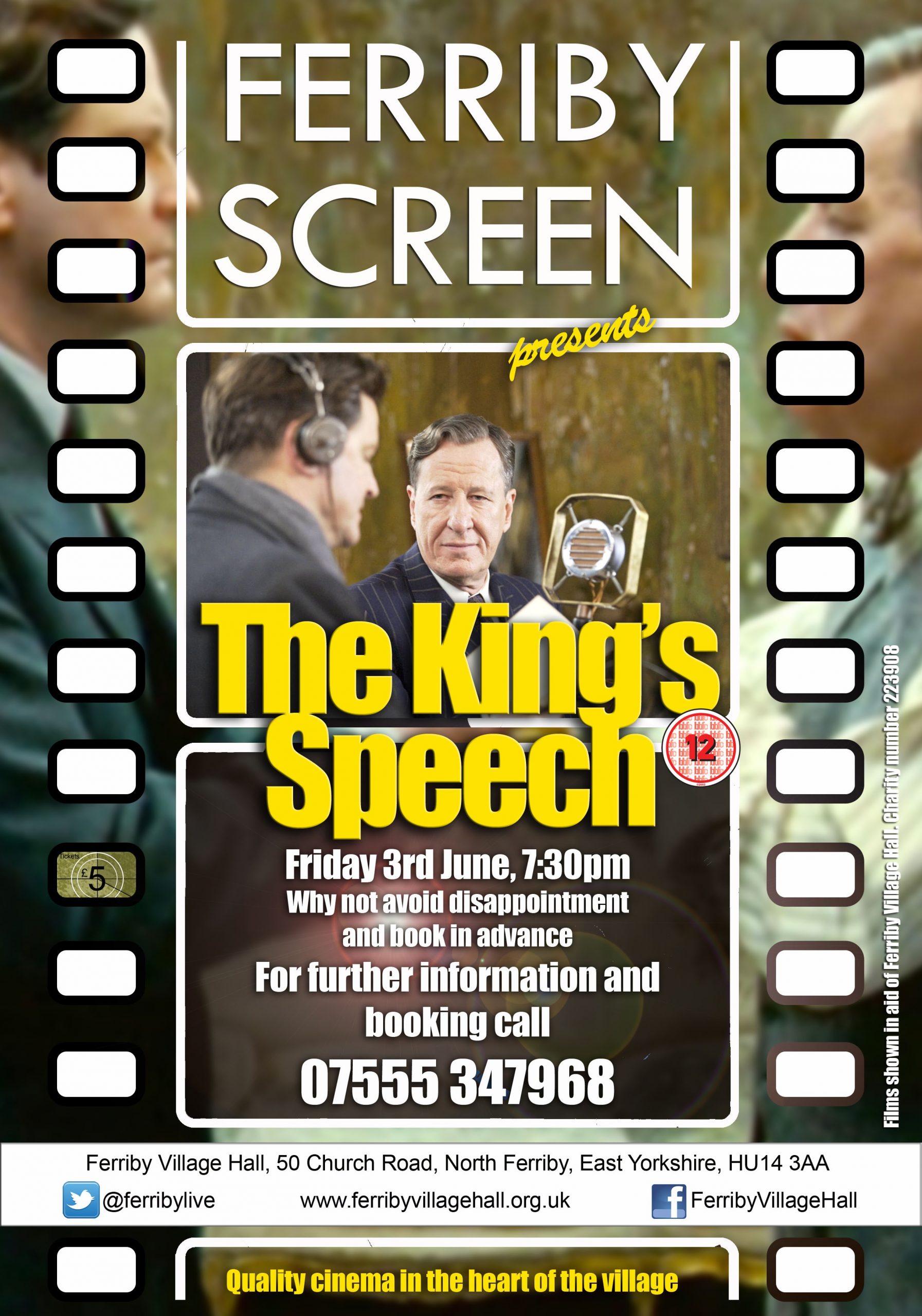 The story of King George VI, his impromptu ascension to the throne of the British Empire in 1936, and the speech therapist who helped the unsure monarch overcome his stammer.